Turner Sports, a division of Warner Bros. Discovery, will exclusively present Capital One’s The Match – headlined by a foursome of legendary NFL quarterbacks with Tom Brady and Aaron Rodgers teaming up to face Patrick Mahomes and Josh Allen – on TNT, starting at 6:30 p.m. ET on Wednesday, June 1, with simulcasts available on truTV and HLN in the U.S.

The Wynn Las Vegas, the only golf course on the Las Vegas strip, will host the Sports Emmy-nominated premier live golf event series for the second time in a row, and viewers will be treated to unprecedented access to the players and action through open mics throughout the entire 12-hole competition.

Fans watching outside the U.S. will also be able to watch the star-studded event through Warner Bros. Discovery Sports channels and platforms, marking the first time Turner Sports and its international sports partners have collaborated to deliver true global distribution and audience reach for a sports event. Viewers can check local listings to find coverage in their country via a section of discovery+, the Eurosport App, Eurosport 2 and GOLFTV powered by PGA TOUR. Capital One’s The Match will also be distributed on Golf Channel Latin America in markets the network is available.

The live competition will feature both previous Capital One’s The Match participants paired together – seven-time Super Bowl Champion and three-time NFL MVP Brady teamed with four-time NFL MVP and Super Bowl XLV MVP Rodgers. Rodgers is coming off a win last summer alongside Bryson DeChambeau, while Brady seeks to get redemption in his third appearance in Capital One’s The Match.

A pair of young superstars will be making their debut in the premier golf series – Super Bowl LIV MVP and 2018 NFL MVP Mahomes will be joined by fellow AFC signal caller and 2020 Pro Bowler Allen. Together the four elite gridiron stars have amassed an astounding 30 Pro Bowl, 86 NFL Playoff appearances and nine Super Bowl titles.

Capital One’s The Match Media Assets
The latest press materials for the event can be found below. For members of the media that need additional assistance or have any questions, please reach out to the Turner Sports communications team. Capital One’s The Match Challenge Holes
The golfers will be generating donations through a series of challenges, including: 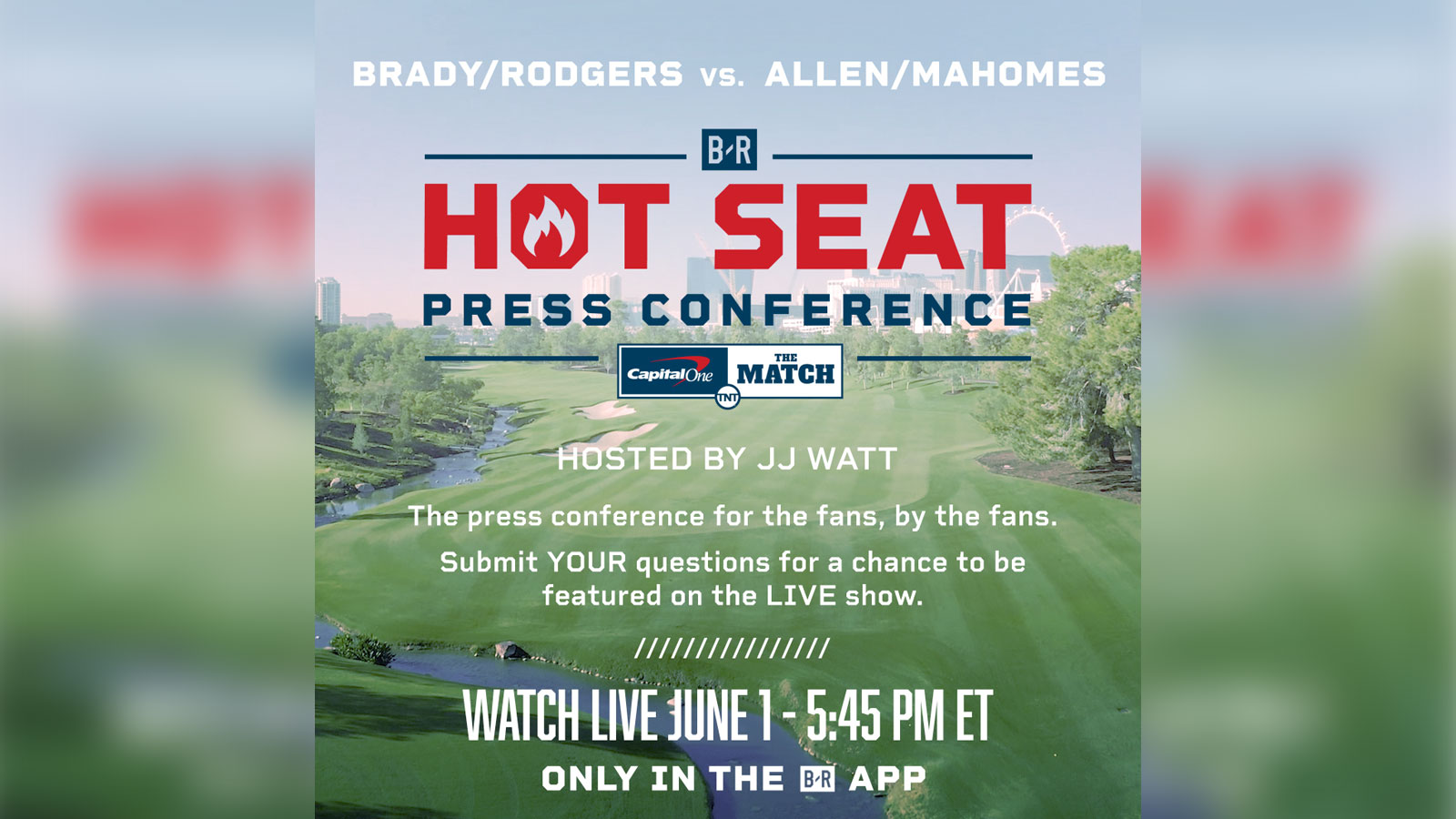 Hosted by three-time NFL Defensive Player of the Year J.J. Watt, the Hot Seat Press Conference 2.0 presented by Capital One will feature questions fielded from fans across B/R social channels and the B/R app. B/R will prompt fans across its social channels to submit questions for the chance to have them read live during the press conference. Real-time questions submitted in the B/R app will also be raised during the live stream to take advantage of unexpected moments and answers. Fans whose questions are chosen will win exclusive custom hoodies and the chance for cash prizes.

Hot Seat Press Conference 2.0 presented by Capital One will be followed by exclusive live stream coverage of the competitors warming up for Capital One’s The Match, giving fans direct access to the action that they won’t see anywhere else. 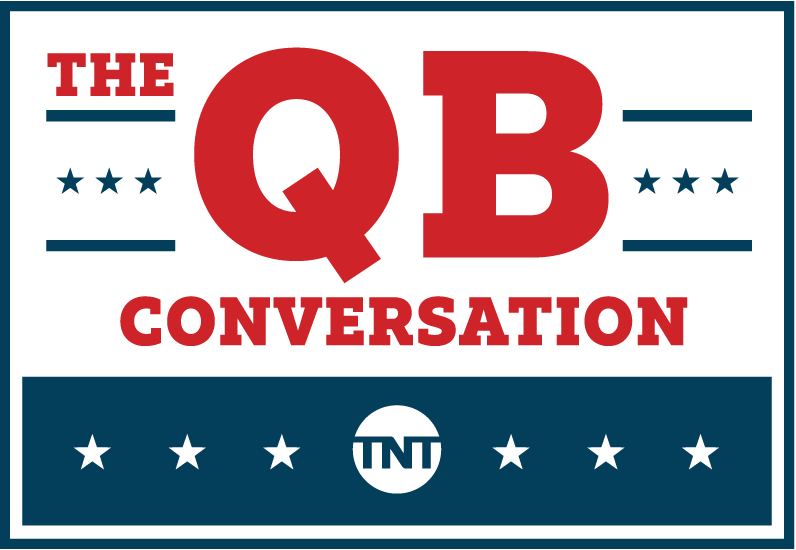 The QB Conversation
Immediately following the on-course competition, Turner Sports will present a special 30-minute roundtable discussion featuring Brady, Rodgers, Mahomes and Allen. Hosted by Ernie Johnson, The QB Conversation will simulcast on TNT, truTV and HLN at approximately 10 p.m. (or once live golf coverage concludes), with the NFL icons discussing their offseason, preparation for a new season, and the championship aspirations for each of their respective teams, among other topics.

Official Marketing & Event Partners
Turner Sports is proud to be working with a robust roster of marketing partners to host Capital One’s The Match.  A partner since the event’s inception, Capital One will return as title sponsor.

Capital One cardholders received exclusive access to tickets to Capital One’s The Match, including a ticket pre-sale that was open to eligible Capital One debit and credit cardholders. Branded rewards cardholders were also able to redeem their rewards for tickets on Capital One Entertainment, the company’s new ticketing platform.

Located on the site of the legendary Desert Inn Golf Club, the golf course, designed by Tom Fazio and recently updated by his son, Logan, offers elevation changes and uncharacteristic water hazards on 12 of the Las Vegas course’s 18 picturesque holes. The golf amenities at Wynn Las Vegas, a Forbes Travel Guide five-star luxury hotel, are regarded as second to none. 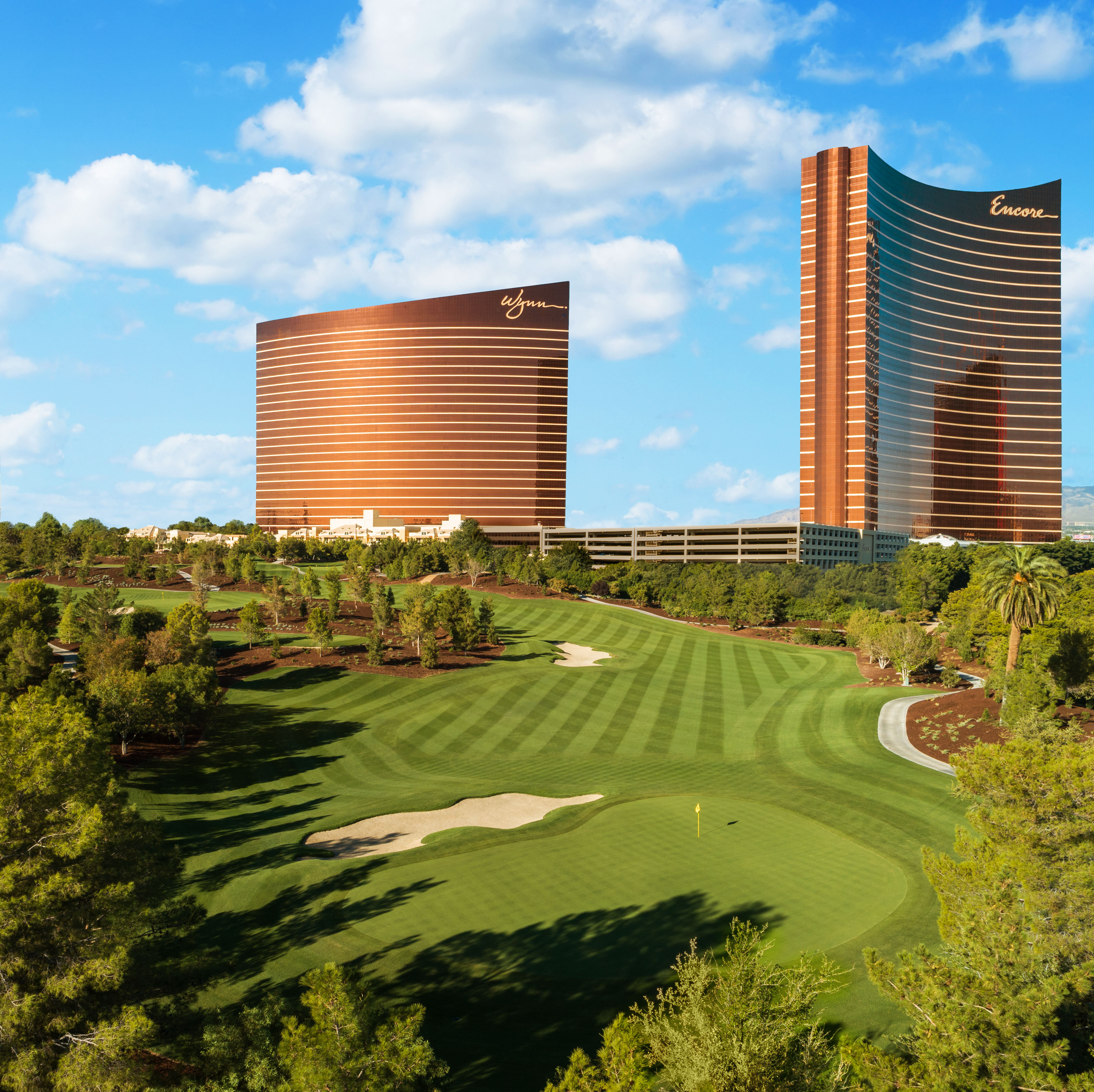